Specializing in helping organizations with: 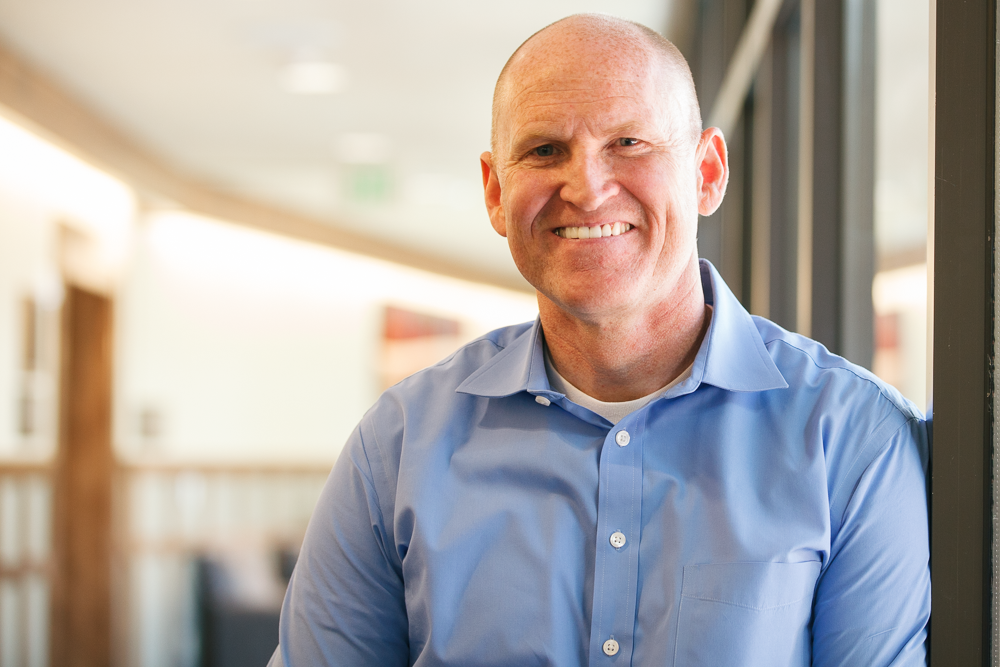 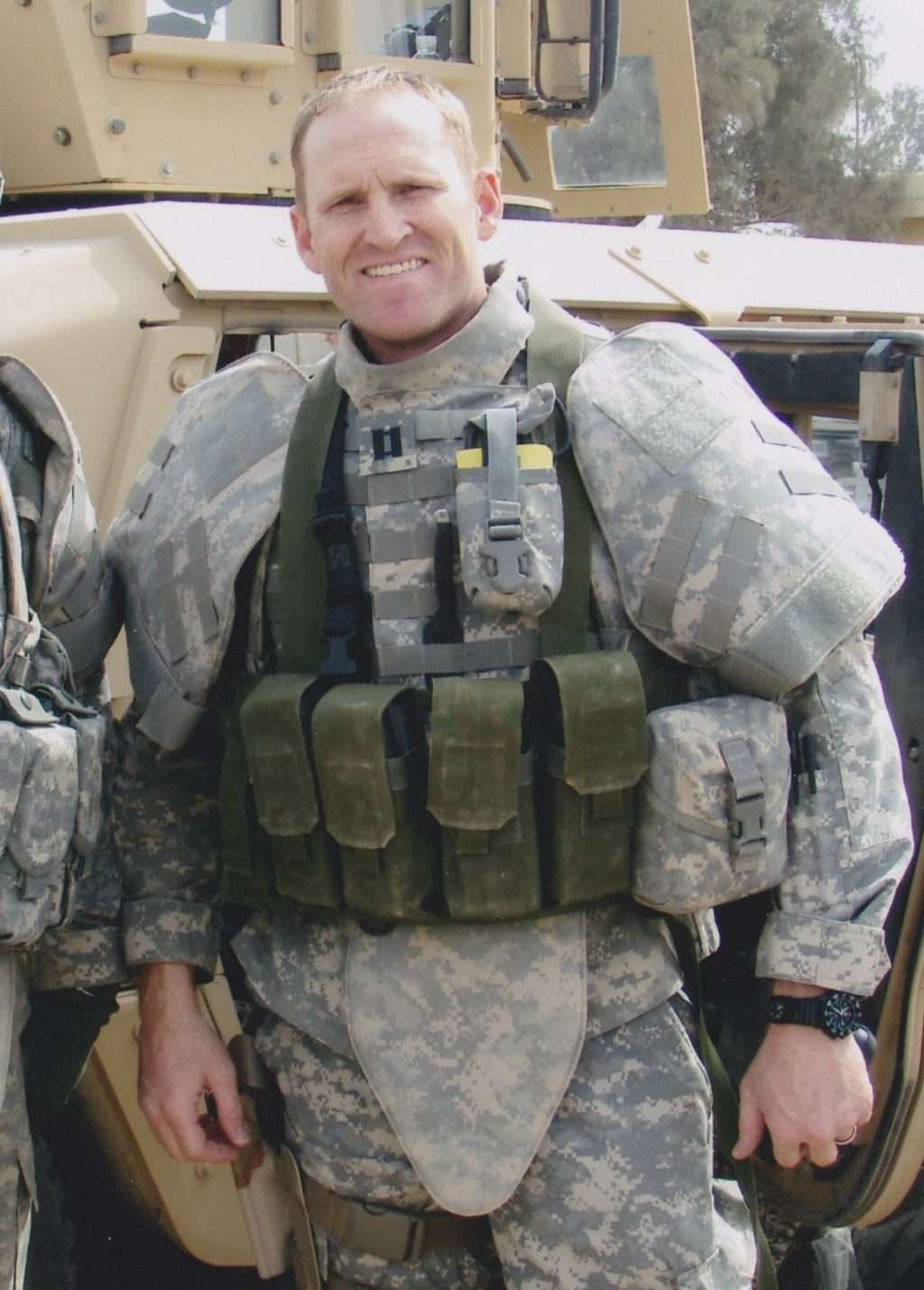 Through bad calls, bad deployments, bad days, and bad years, societies’ protectors must bear the burdens and carry the pain that most people will never — ever — understand.

I occasionally joke around with my law enforcement tips, but I’ve carried a gun for a
living for over 20 years. That changes a person.

I’ve been overseas. I’ve buried friends. I’ve been haunted, and I’ve been hunted.

As a result I often pray more earnestly, talk more violently, and strive more diligently to help others in pain.

Protectors, first responders, dispatchers, contractors, veterans, and military warriors, I consider you my family. You are my friends and coworkers, my confidants and mates.

I know some of the hurt you’ve experienced. I’ve cried. I’ve laughed. I’ve suffered too.
I’ve faced the fears, the lonely nights, and the uncertain times.

I’ve been bored, and I’ve been scared with such intensity that “normal” people would never be able to comprehend such polar extremities.

I know you’ve been there too.

I’ve intervened to stop evil, and I’ve done, thought about and trained for things that have, at times, made me feel evil.

I’ve quietly and anonymously helped others in my law enforcement capacity, and others have done the same for me, just because I was wearing a uniform.

I’ve had strangers hug me and others spit on me. I’ve felt the thrill of victory and the overwhelming grief of tragedy and loss.

I’ve been away from my family for several days, weeks, and even months at a time. At one point I didn’t live at home for a year and a half due to military and government service. 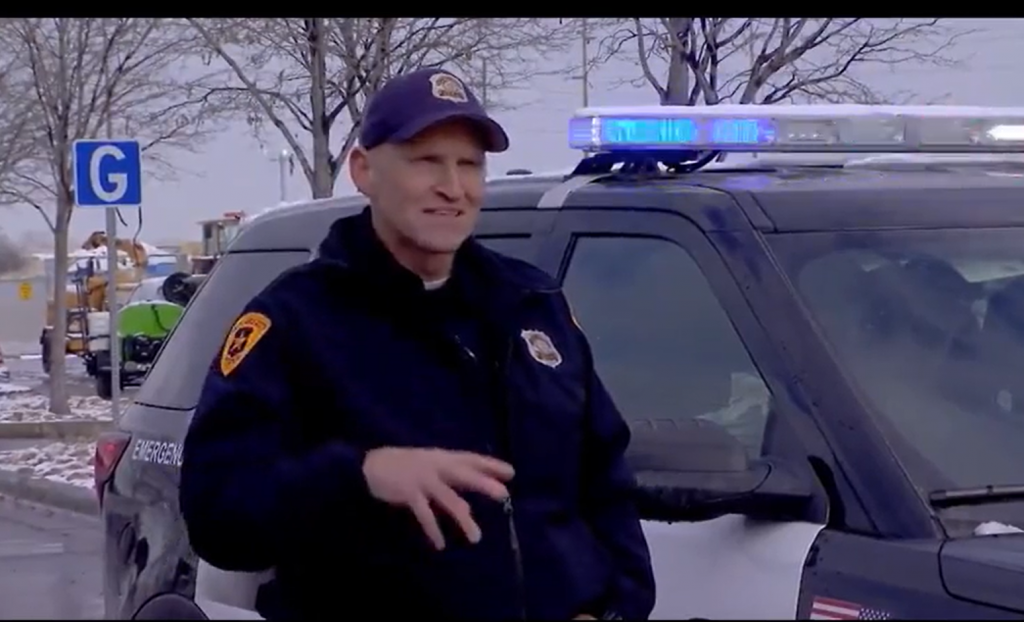 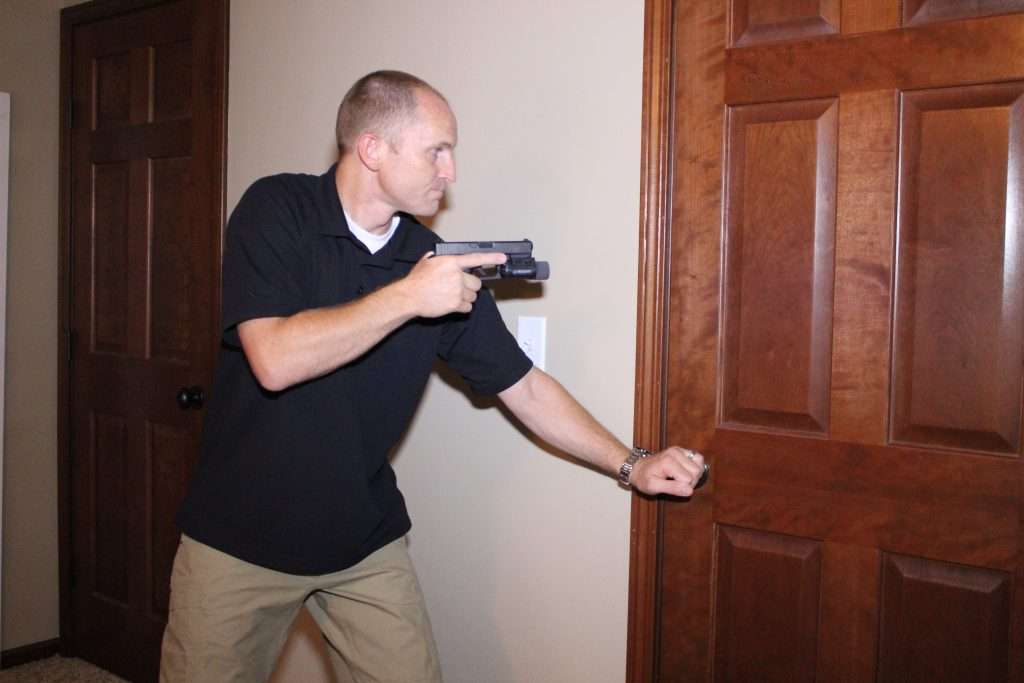 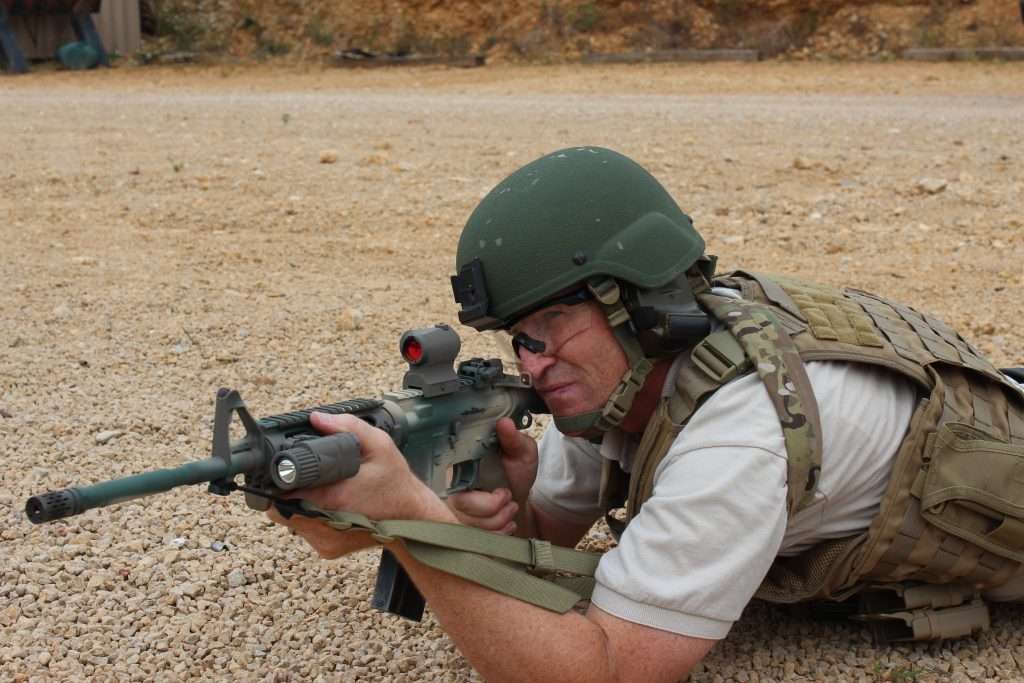 I’ve gone to sniper school, SWAT schools and police academies. I’ve been to shooting schools, driving schools, and knife-fighting courses. I’ve been injured, and I’ve injured people trying to hurt or kill me.

I’ve lost friends, and I’ve lost respect for some people. I’ve been un-friended on social media and ridiculed in the comment sections of online newspapers.

I’ve been in high-speed chases and in undercover places, and I’ve seen enough death to last several lifetimes, especially from suicide.

Life can be horrible sometimes.

I’ve felt the raging fires of hell before. Anyone in the profession of arms long enough will certainly experience those negative moments.

If you’re feeling them now and don’t know where to turn, ask for help.

Too many people take their own lives, destroy their own marriages, and engage in dangerous and risky behaviors because their emotional trash bins have gotten too full. Empty it today.

Talk to someone. Talk to me. Take a break. Ask a friend for help.

Sometimes being strong means opening yourself up to emotional exposure or risking the possibility of personal embarrassment for a short time, but LIFE IS MORE IMPORTANT THAN THIS MOMENT. 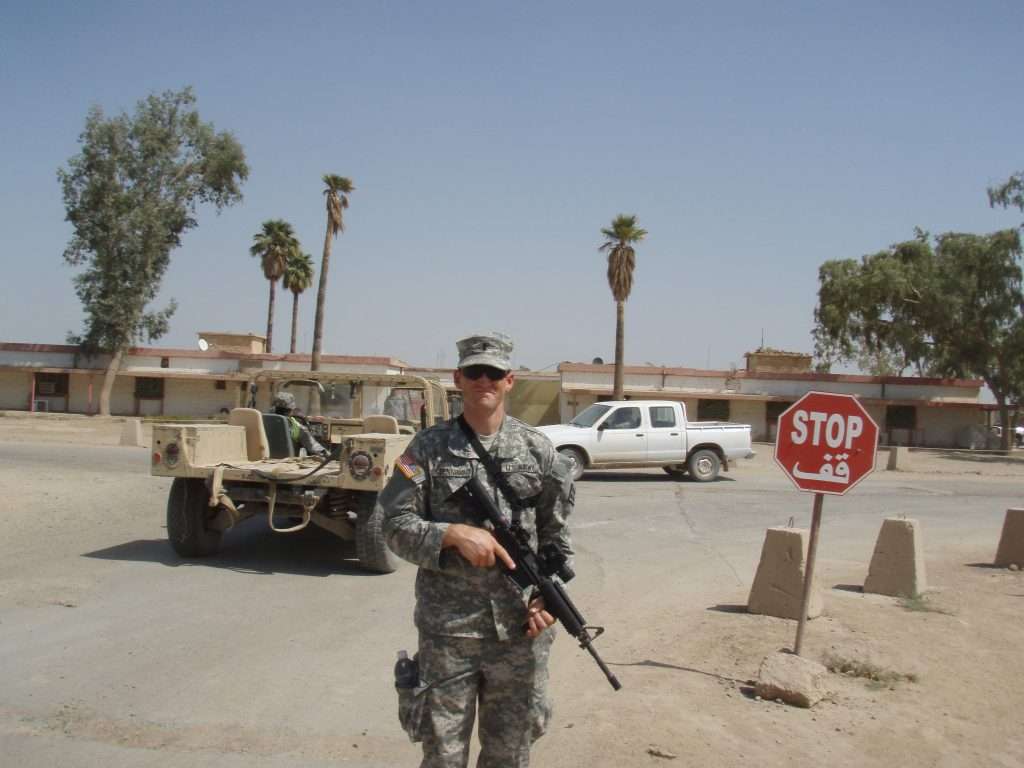 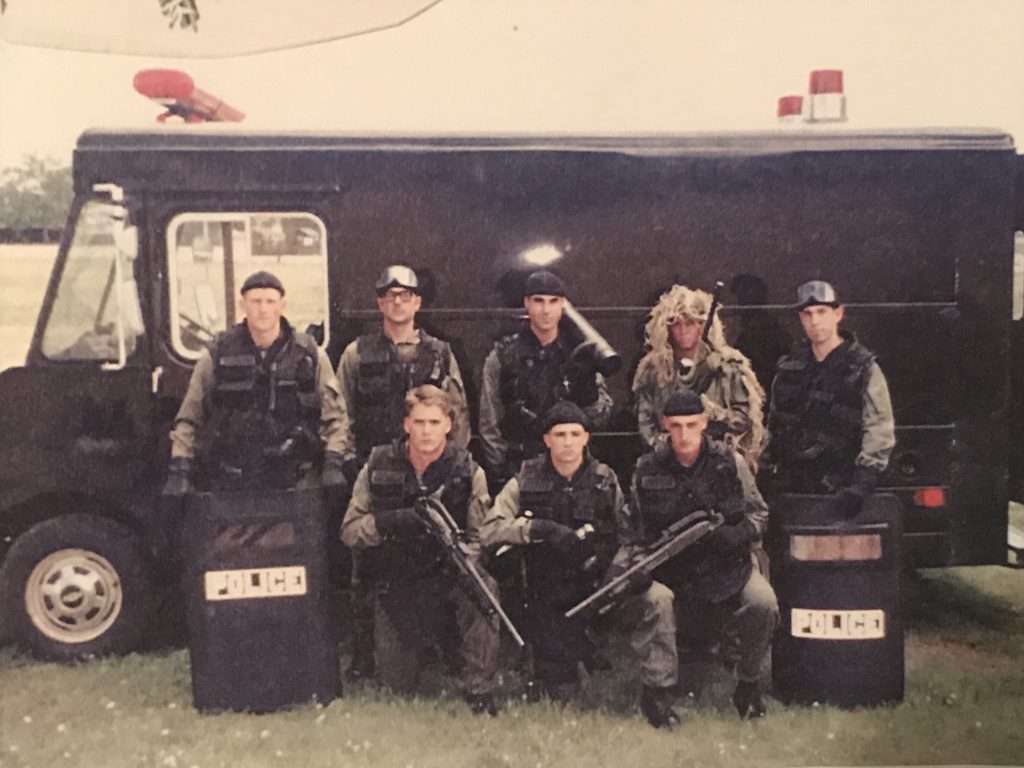 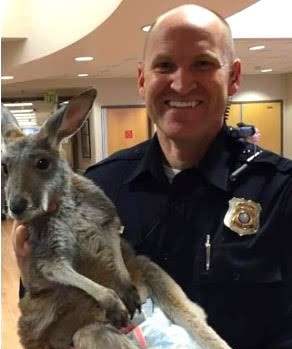 Life is more than your career. If you’re feeling a large or a small but powerful burden, or if you feel like you can’t keep going on, don’t give up hope. And definitely don’t think you have to go through any trial on your own.

There are more people rooting for you to succeed than you might think, and I’m one of them.

So, take a break, if needed.

Work hard when warranted, and laugh a lot.

After all, as you know, laughter is the best medicine.

For some great comic relief you can relate to…

Jeffrey Denning is a former noncommissioned and commissioned US Army officer. He was working for the Dallas Police Department on September 11th, 2001. After that, his career drastically changed in support of the Global War on Terrorism. He protected diplomats for the US-led “Roadmap to Mideast Peace” in Israel and Palestine, worked as an undercover Federal Air Marshal, and then as a sole-source firearms and tactics training instructor on a classified contract with a U.S. government customer. Later, he was mobilized with the military to serve during Operation Iraqi Freedom. Upon returning from Iraq, he worked in the nuclear security industry and then with the Salt Lake City Police Department where he retired from in 2021.

He has experience as a Department of Defense-trained police marksman and full-time SWAT team leader. As a Federal Air Marshal and later as the captain of the Salt Lake City Police Department shooting team, he won several competitive shooting awards. He’s a graduate of the FBI Crisis Negotiation school and LAPD’s Advanced SWAT school. He holds a master’s degree in clinical mental health counseling as well as a master’s in military Special Operations/Low-Intensity Conflict with an emphasis in Terrorism, an undergraduate degree in Law Enforcement Administration, and he is a Certified Protection Specialist as well as a Certified Master Anti-terrorism Specialist.

One of his greatest interests is working in a mental health and wellness and a crisis response capacity where he has negotiated with numerous individuals in crisis, including hundreds of suicidal individuals. He has served as a crisis negotiator on a Hostage Negotiation Team and a detective on a full-time Crisis Intervention Team (CIT), the department’s mental health unit. He has also worked as a police peer support team supervisor helping officers in crisis and following officer-involved critical incidents. Additionally, he serves as an executive board member for the Utah Critical Incident Stress Management (CISM) Team, helping with stress debriefings for first responders across the state. Recognized as one of the leading peer support and mental wellness trainers in the state of Utah, he has taught hundreds of first responders (dispatchers, law enforcement officers, firefighters) throughout Utah and neighboring states. He also is finishing a second master’s degree in Clinical Mental Health Counseling (CMHC) and currently works an an intern counselor.

He has been interviewed by CNN, CBS, ABC, and Fox News affiliates and has written several books, blogs and publications, including award-winning articles for the Washington Times and Guns.com. He was also featured on the documentary film Please Remove Your Shoes about aviation security in America following 9/11.

Supervising multiple units in a law enforcement and military capacity and serving in various volunteer leadership capacities for the Church of Jesus Christ of Latter-day Saints, he has gained valuable insight about leadership. This insight helped him to write the book Leaders Wanted. In addition to his book on leadership, his other books include topics about humor, tactics, family, law enforcement, religion and spirituality, as well as post traumatic stress and post traumatic growth.

Jeffrey Denning has jumped head first from a three-story building, been chased by a raging bull at the rodeo, and visited every major city in America.

He has given CPR, helped deliver babies, and wore socks and flip flops on national TV. He injured his knee once when cliff jumping at Lake Powell and then again Nordic ski jumping at the Olympic Training Center in Lake Placid, New York.

He stopped a man from lighting himself on fire, led horse riding expeditions in the Colorado Rockies, and was followed by a truck full of terrorists carrying AK-47s in the Gaza Strip. He’s been knocked unconscious for over two hours, signed classified government documents, and won burping contests as a kid.

He has sneaked loaded guns onto commercial airplanes, had a mouse crawl up his pant leg, and at one time in his life, sported a mullet (with no front teeth). He has protected celebrities, negotiated with people wanting to kill themselves, and stood so close to a nuclear fuel pool that he could have gone for a swim.

He’s been hugged by strangers, watched people die, and cried more than once while attempting to sing the national anthem. He has bit a dog’s ear, published books, and nearly fell off a 1,000-foot cliff. He is blessed to have Asian, Polynesian, African American, and half-Hispanic cousins, nephews and nieces.

He and his wife have raised five noisy chickens, three turtles, two furry dogs, and several fish they didn’t eat. They have two refrigerators, six kids (four of which are girls), and several well-oiled guns.

Get the support and training
your team needs!

Customized training, keynote speeches and consultation for your organization