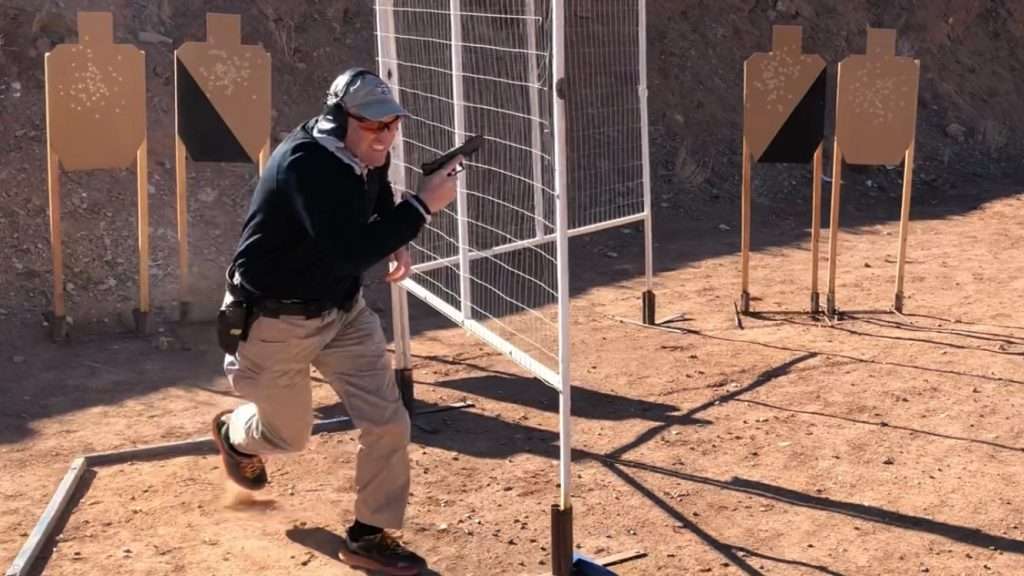 WHEN IS SHOOTING SOMEONE IN THE BACK OKAY?

It’s a common belief that shooting someone in the back is always an act of murder.  Believe it or not, there are times when shooting a person in the back can be justified as self defense.

Under certain circumstances, it is not cowardice to shoot an aggressor when they’re not looking at you.  I’m not talking about shooting from afar either, like out of a sniper hide.  No, I’m talking about up close and personal, lethal confrontations.

As an aside, it’s important to realize that a person can conceivably shoot at another person, hoping to hit him or her in the chest, but hit them in the back instead.  I’ll explain that later.

But first, here are some examples of when shooting a man or a woman in the back may be justified.

A man is lying on the ground, on his stomach.  You are standing behind him, gun drawn, giving him verbal commands to put his hands out to his sides with his palms up.  Instead, he reaches for a pistol inside his waistband.  What are you to do?

Remember action is faster than reaction.  In other words, he can pull the trigger faster than you can stop him from pulling the trigger.  And, the only place to shoot him is up and down his backside.

As a caveat, it’s important to paint the entire picture, especially in scenario-based discussions.  In legal terminology, it’s called the totality of circumstances.  In that scope, I really cannot articulate the whole picture, but I will add these elements: There’s no cover for you and, he’s bent on killing a person off to his side—the same side the gun in his hand is on.  You know this because that is why you drew your gun.  Can you shoot him in the back?

In my mind, given the situation I’m creating and envisioning, yeah.  Blast away.

In a similar situation, some evil guy is standing and aiming his gun at someone, hoping to shoot them.  When it comes to self defense, without going deep into the law, the gist of moral and natural law says it’s justifiable to defend another person’s life against an imminent threat of death or serious bodily injury that is unlawful.  Phew!  Did you catch that?  In other words, it’s okay to defend a third party against another person’s unlawful use of lethal force.

Bad guy doesn’t see me, I see him… BLAM! Fire away.

Just remember–make 100 percent sure that he’s a bad guy.  Don’t shoot an undercover cop or another concealed firearm holder.  In short, be absolutely sure of your target and what they’re doing is unjustified.  Only then will you be justified if you shoot them in the back.

Even if a person with a gun is walking or running away from you, it doesn’t mean that they are absolutely, positively still not a threat to you or others.  They can still twist their arm backwards and shoot at you. Furthermore, if they keep the gun pointed upside down, they can just swing their arm backwards, point and fire directly at you. (On the flip side, this flipped gun shooting technique may be a tool for your tactical toolbox–to only be used in a pinch.)

So it follows that shooting someone in the back who is not facing you but who is still aiming a gun at you is okay given all the other legal parameters of a justified shooting?

Time for me to explain the scenario I posed at the top, where a person may shoot at another person, hoping to hit him or her in the chest, but instead hit them in the back.

Since action is faster than reaction, someone can be facing you, then turn away, faster than you can pull the trigger.  In the time it takes for you to process this in a high stress situation while shooting, it’s totally possible that you might hit them in the back.  It doesn’t mean it’s wrong; it just means there was a time delay.

In defensive gun use this absolutely does happen on occasion and has been ruled excused or justified by judges and juries if it’s reasonable.  Of course, that’s what all law is based off of—the reasonable person standard.

But really I’m here to explain tactics, not phenomenon.  And tactically speaking, there will be times when shooting a person in the back is justified, although it may not always make sense to those who don’t understand gunfighting.